Adaption of books into movies is a common phenomenon in Hollywood, however it may not be so common to find contemporary African novels turned making it to the big screen. For many of us who read, we have seen some of the books we read while growing up adapted into blockbuster movies.

Although some of the pieces of the books might get lost in the process of developing some of these movies, many of these films still pan out to become appealing to us.

Nollywood, unlike its American counterpart is not renowned for this.

Although Nollywood churn out loads of movies every year and is known as the second largest movie industry in the world, very few are adapted works.

There are great books that can be created into interesting contents for the teeming movie fans here in Nigeria.

It is just about being creative. Nollywood adaptation, although still an avenue waiting to be explored is a gold mine if Nigerian content producers are willing to explore.

And those who have, are reaping the fruits. There are a number of African books that have been turned into great movies. For instance, Chimamanda Adiche’s ‘Half of a Yellow Sun’ has been developed into an awesome movie.

Mainframe production in the 90s adapted Akinwunmi Isola’s O Le Ku into a movie of the same name which was directed by Tunde Kelani.

Interestingly, the proliferation of streaming services such as Netflix, Hulu, HBO, Showmax and many more into Nigeria are enabling Nigerians watch various contents.

And in order to get into the Nigerian market, they are going into partnership with brilliant Nigerian movie producers and directors and buying rights of books to adapt.

This article will look into contemporary African novels that has been written and are being developed into movies.

Set in the 1980s, Swallow is a story of a young lady that tried to make ends meet by getting involved in drug trafficking at the behest of her friend.

It is a book that touches on morality, societal values and self-discovery.

The rights of the book were acquired by Kunle Afolayan and it will be streamed on Netflix when it comes out.

You can watch the trailer here.

Americanah is a love story that also explores the issue of identity and race.

The book is set in Nigeria, United States of America and the UK.

The book will be adapted by HBO Max and Danai Gurira and Lupita Nyong’o (both casts in Black Panther) will be working together on the movie.

The book is about a rich chief known as Baba Segi who had four wives and seven children.

Unknown to him, his wives harbor a secret so great it could shatter him.

The book weaved through the layers of rivalry, polygamy, patriarchy and struggles of women pass in marriages. The book is also doused with a litany of humor.

The movie will be produced by Mo Abudu and will be developed into a series and will be streamed on the Netflix platform.

Written by Nigeria’s first and only Nobel Laureate for Literature, ‘Death and the King’s Horseman’ is a true life story of an actual event that occurred during the period when Nigeria was still under colonial rule.

The horseman of a late king was stopped from embarking on a suicide as customs demanded by British officials.

The adaptation will be produced by Mo Abudu in conjunction with Netflix.

Nnedi Okorafor might be unknown, but she is an amazing and brilliant writer who is into Afrofuturism.

For your information, she is currently creating the popular Marvel Shuri character for the Black Panther book series.

The Binti series is a sci-fi book about an African girl that went to school in space due to her brilliance.

The book has won numerous awards and is currently being developed into a series by Hulu.

Nnedi is a recipient of numerous awards which include the Nebula Award and the Wole Soyinka prize for Literature.

One of her books ‘Who fears Death’ has also been picked up by HBO. R.R. Martin, the author of Game of Thrones will be an executive director while Tessa Thompson will be joining in the project.

Although there is an argument that pieces of written books might get lost in their development into movies, this can be curbed when scriptwriters and directors are able to creatively weave through these stories.

With streaming services jostling for the services of content creators, it seems writers and movie producers will be smiling to the bank as well. 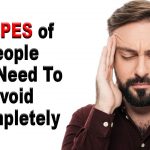 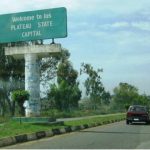