We know millennials are self-motivated because they push themselves hard to achieve their goals. That is why we see them putting in their best at work with the aim of retiring by the age of 30. But there is a thin line between being confident and arrogant. We have to agree that millennials act overly entitled when it comes to achieving their goals. In doing so, they don’t care whose toes they step on.

Millennials tend to be very confident when discussing ideas or happenings and this can be very electrifying to those around them. It is because they are born in the midst of technological breakthroughs  But what they fail to understand is if you don’t know the answer to a question, don’t pretend to know it all. Because it’s better, to be honest about your uncertainty regarding some issues rather than exude false intelligence.

Millennials have a short attention span and this may be as a result of their upbringing. They grew up in front of televisions, playing computer games and being bombarded with activities every 15 seconds. As a result, many of them find it difficult to be focused for a long period of time on a task, as they are easily distracted. The internet, social media and the ever-changing world of mobile devices do not help to alleviate this habit in any way, rather it makes it worse.

Being out for themselves only.

To be a leader in today’s world, you have to collaborate with others and be a team player. But this is not a strength millennials possess. Most of them have great technical expertise but do not know how to relate to people. They prefer to do things on their own and end up complicating issues due to difficulties in communicating with others. This may be as a result of hours they spent on their smartphones.

Inability to take or give criticism.

Millennials are scared of hurting people’s feelings and they tend to avoid confrontations. This can hinder the growth and explosions of great ideas because they do not understand how to give or take criticism. They are very sensitive and react easily to what is said to them.

Millennials love the sound of their voice and they want to dominate any conversation. What they fail to realize is that they can learn as much as they can from other people’s opinions and life experiences. Also, they need to know that for communication to be effective, you need to show that you are listening as much as you are talking. This way you build rapport with anyone engaging you in a discussion.

We already know millennials have a short attention span and due to it, they engage in numerous activities all at once in a short period of time. But they fail to understand that a Jack of all trades is not a master of all. As it is not right for them to hop on any new project to the detriment of what they have going on already.

Acting too cool to care.

Most Millennials are quick to jump ships and move with trends. They don’t care enough to be a part of a movement or organization and stay put through most of its growth stages. They forget that it is impossible to be successful like that. They need to know that caring and giving your best wherever you are allows you to grow and be successful.

Not willing to take time to learn.

Millennials are in a hurry and they don’t take time to observe what others are doing in order to learn. This attitude pushes/ prompts them to make errors that are costly most times. These mistakes would have been prevented or curtailed if only they had given themselves enough time to go through the requisite training.

Not present in conversations.

Due to the excessive use of social media and screen time, millennials are not able to engage in face to face conversation. They prefer to discuss critical issues over the phone or through email. This attitude has made most of them develop poor social and communication skills which make them appear to be rude. 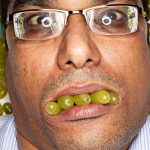