The African economy has been exhibiting signs of development in the previous two decades, with a GDP of USD 2.19 trillion. Africa has over 140,000 millionaires and is growing at a steady pace. All of these remarkable figures raise a bunch of questions.  The most important of them is what is the name of Africa’s richest company? What exactly does it do? Is the African economy made up of commerce, agriculture? and the continent’s human resources. All of these factors combine to produce an intriguing mix of enterprises distributed over 54 nations. With that out of the way, let’s look at Africa’s 100 firms.

Naspers is a public media business formed by Jannie Marais abs W.A. Hofmeyr on May 12, 1915, with KoosBekker as chairman and Bob van Dijk as CEO. It is headquartered in Cape Town, South Africa, with a valuation of $104,163 million. It provides services in 130 countries worldwide. Entertainment, gaming, e-commerce, and internet communication are the company’s major businesses. Naspers has often been ranked in the Top 10 indexes in recent years. It is traded on the JSE and the NPN and is served on a worldwide basis.

The world’s largest producer of natural platinum is Anglo American Platinum Co. The business was founded in 1946. They are responsible for roughly 38% (38%) of the world’s platinum supply on an annual basis. The conglomerate is situated in South Africa, with its main activities located in Johannesburg’s Bushveld Igneous Complex. The firm is owned by Anglo America and operates in an environment rich in not just platinum but also other metals in the platinum group metals such as chromium, vanadium, titaniferous magnetite, and other platinum group metals. The firm employed 24790 people in the fiscal year that ended in 2018 with a valuation of $38,666 million.

The FirstRand Group, or FirstRand Limited, is one of South Africa’s major financial services providers. In the financial industry, the wealthiest firms in Africa began 182 years ago, in 1838. Insurance, banking, and investment goods are all offered by the company.

This organization offers these services to the commercial, retail, public, and corporate sectors. FirstRand is Africa’s richest corporation, with operations in eight African nations including Namibia, Ghana, Swaziland, and Nigeria, among others. Outside of Africa, it maintains offices in Guernsey, India, and London.

It is also one of Sub-Saharan Africa’s major banking companies.
It employs about 44,900 people with a market valuation of $19,610 million.

The Vodacom Group is a South African public mobile communications business. Alan Knott-Craig created it in 1994. (Senior). Johannesburg, Gauteng, South Africa, is the company’s headquarters. All of its operations are based in Africa. It has operations in the Democratic Republic of the Congo, Lesotho, Tanzania, and Mozambique, and provides commercial services to customers in 32 African nations. Ghana,  Nigeria, Zambia, Côte d’Ivoire, Kenya, and Cameroon are among the nations involved. It employs around 7,554 people with a valuation of $15,698 million and generates R86.370 billion (US$6.48 billion) in yearly sales. With a market share of 58%, it is now South Africa’s leading cellular network.

Impala Platinum Holdings Limited (Implats) is well-known for mining, refining, and displaying platinum group metals (PGMs), as well as copper, nickel, and cobalt. It was founded in 1924 and has had tremendous growth since then. The company is based in South Africa and is a jointly owned business with a large number of individuals owning shares in it. Impala Platinum Holdings employs about 53,000 people (including contract employees) throughout its operations, making it one of the most capable and low-cost platinum producers on the globe. The company is listed on the Johannesburg Stock Exchange and the London Stock Exchange. Its annual turnover is R 42.10 billion and has a valuation of $14,725 million

The Standard Banking Group is one of the continent’s largest financial services companies. In terms of assets, it is also Africa’s largest lender. This is a 157-year-old financial institution. It provides services to countries all around the world.

According to the most recent estimates, Standard Bank’s total assets exceed USD 142 billion with a market valuation of $13,760 million. It has a workforce of 54,767 workers. The bank is present not just in Africa, but also in Asia and Europe. It also just purchased Troika, Russia’s largest investment bank.

In 1998, GroupeMaroc Telecom was founded. This is Morocco’s largest telecommunications provider. It was responsible for providing Morocco with its first internet connection in a long time. The Moroccan government sold 35% of its stake in the firm to Vivendi, a French media conglomerate, in 2001. After then, Vivendi decided to sell its holdings to Etisalat for roughly $5 billion. The company is traded on both the Casablanca Stock Exchange and the Euronext Paris Stock Exchange. It employs 1071 people and has an annual revenue of MAD 36.03 billion (2018 estimate). Its market valuation is $13,517 million

In 2018, the firm employed around 5,500 people. Safaricom controls the majority of the Kenyan telecommunications sector. Safaricom is responsible for more than 25.7 million members. The company’s revenue in 2018 was $1.1 billion and a valuation of $13,282 million.

Kumba Iron Ore was founded in the year 2005. It is a company that mines iron minerals in South Africa. It is believed to be the world’s fourth-largest iron metal producer and the largest in Africa. It is found in South Africa’s Northern Cape Province. It is considered one of the world’s largest open-pit mines. Its mining operations take place in opencast pits. The mine dancing factory is believed to be the world’s largest of its kind.

The Anglo America Corporation and two or three minority partners work together to run the organization. The firm recorded an R45.73 billion turnover (2018 estimate) with a valuation of $13,273 million. There were 10730 employees in the fiscal year that concluded in 2018.

The Group’s corporate headquarters are at Westonaria, in the Gauteng province, near its West Wits activities. Sibanye Gold generates $2.3 billion in yearly sales. New Gold, Kinross Gold, and Tanami Gold NL are all competitors for Sibanye Gold. Stillwater Mining Company was bought by Sibanye Gold which currently has a valuation of $13,008 million. 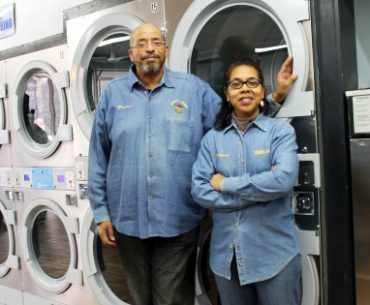 Despite the fact that there is a constant need for clean clothing, many of us don’t have time to… 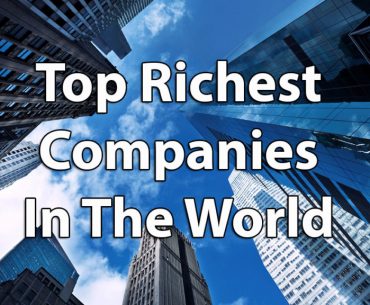 What does Amazon, Walmart and Google all have in common? Apart from having white owners and all invested in… 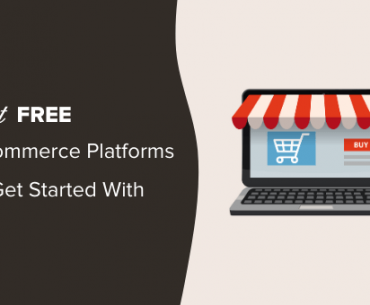 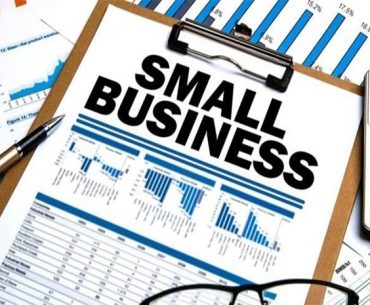 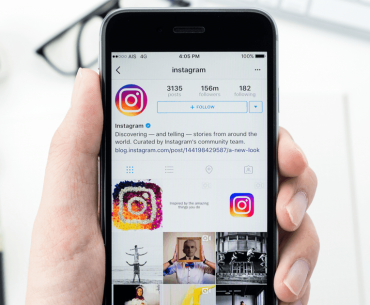 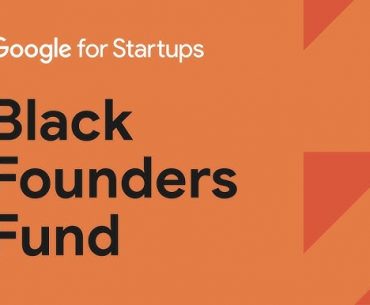 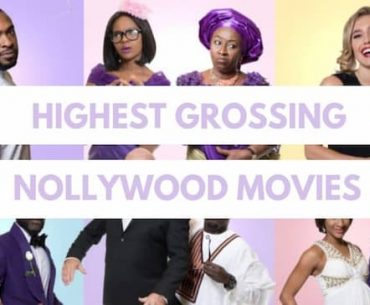 The past few years have seen Nigerian movies gain more exposure and prominence in the cinema. The following are… 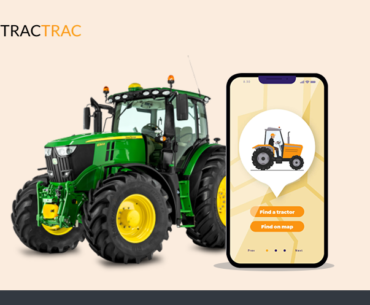 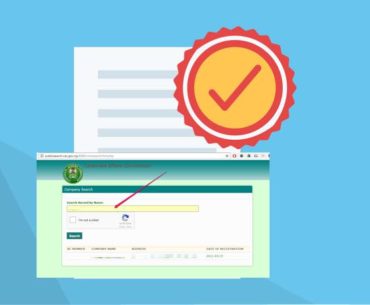 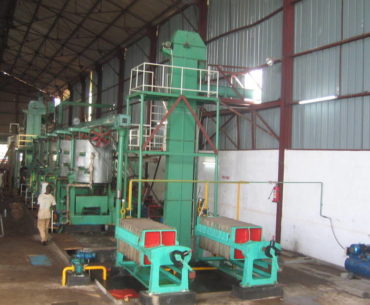 This is a feasibility report on palm kernel oil extraction business in Nigeria. This feasibly report on the establishment… 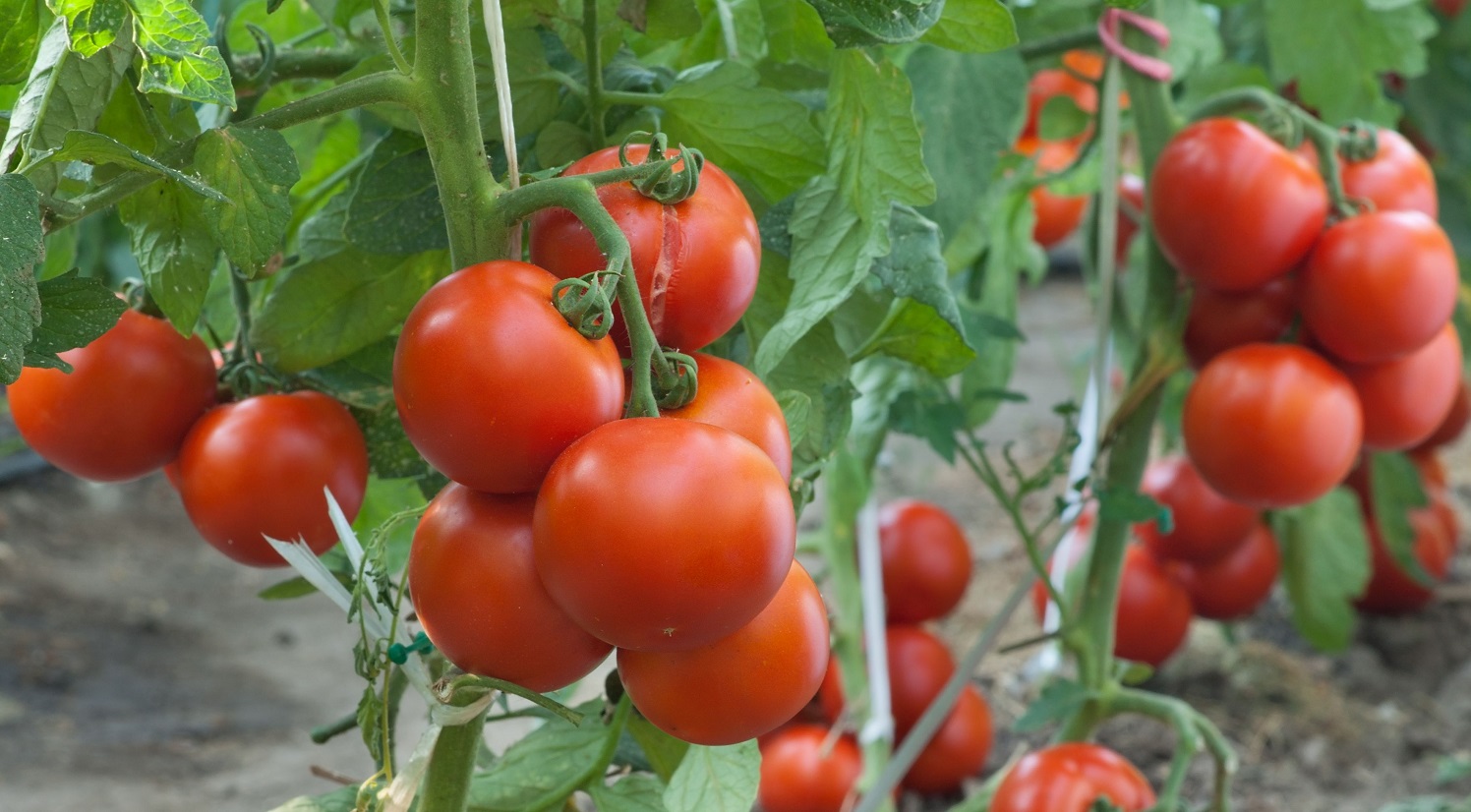 Complete Guide on How to Start Tomato Farming in Nigeria

Tomato is a very popular vegetable not only Nigeria but all over the world. We use it in cooking… 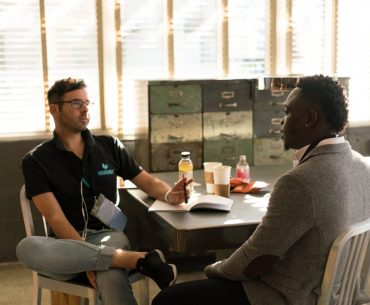 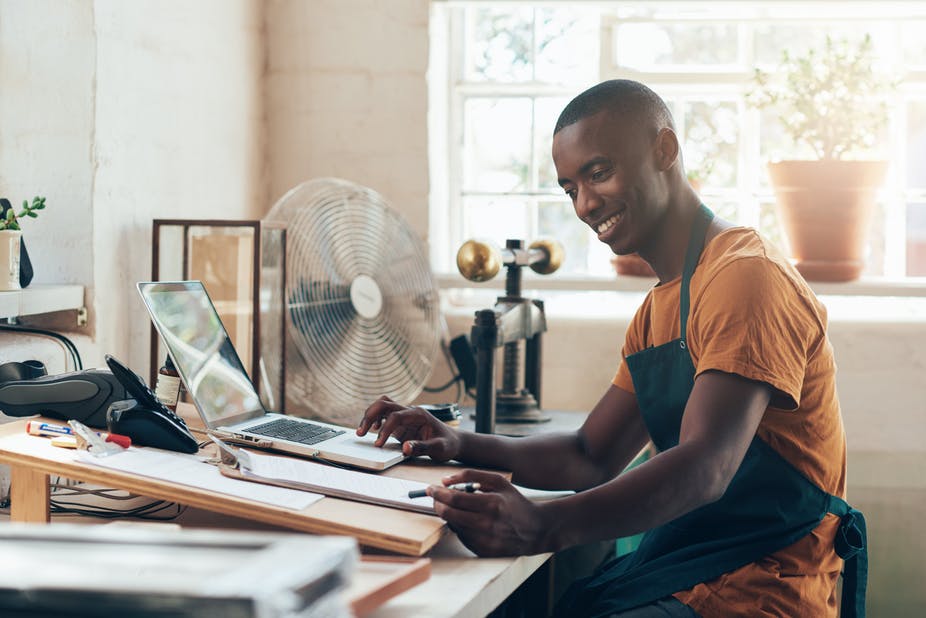 Years back I had this need for a small sum of money to start a small business and searched in vain for anyone to loan me the money. 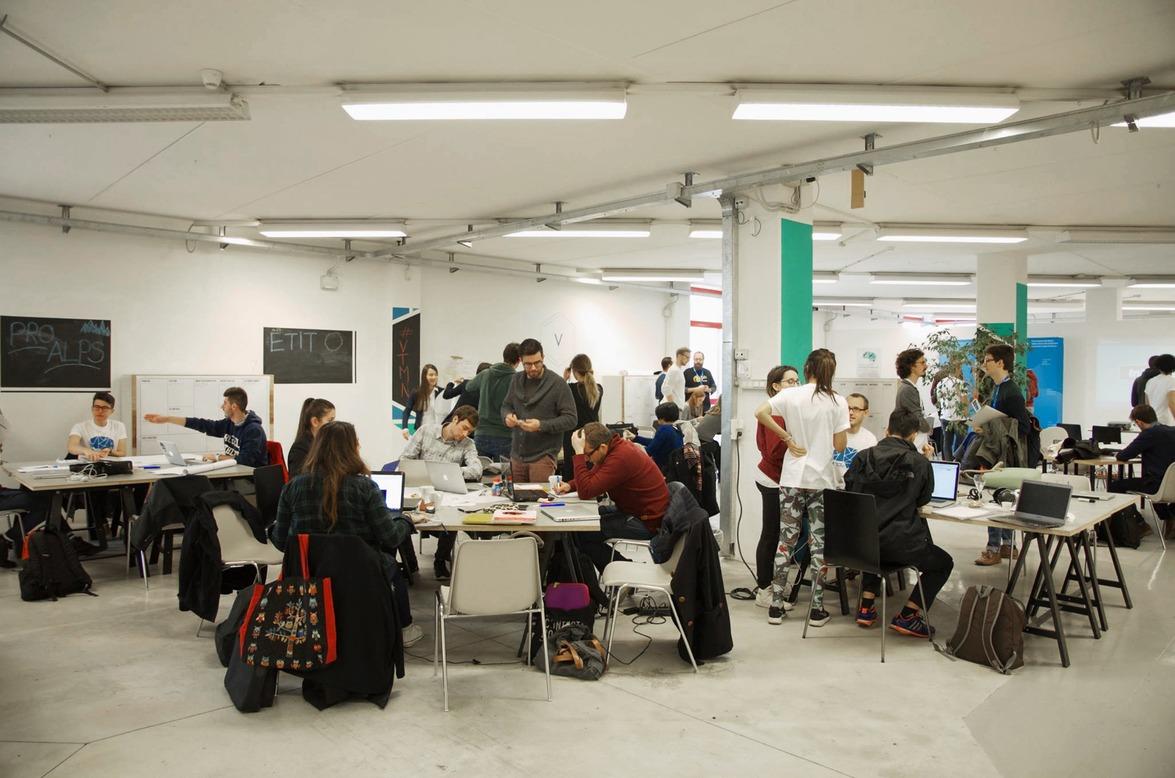 There is a reason even large corporations commit significant resources in research and development of new products/services. Relevance. The… 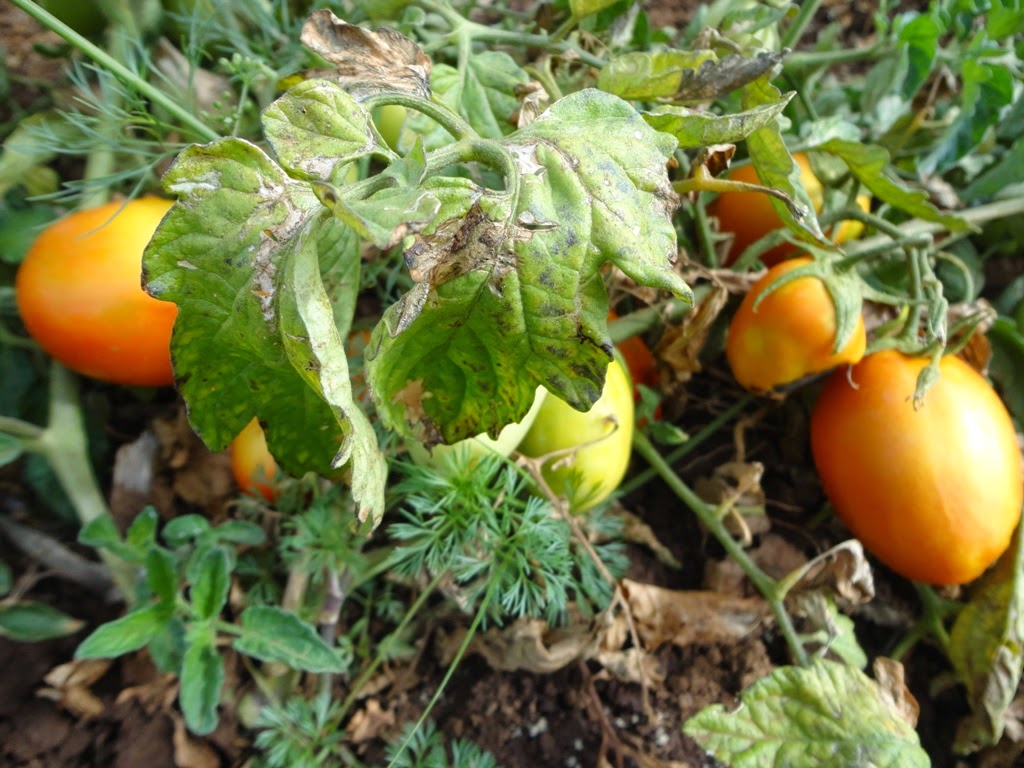 How to Protect Your Tomato Farm Against Tuta absoluta Disease 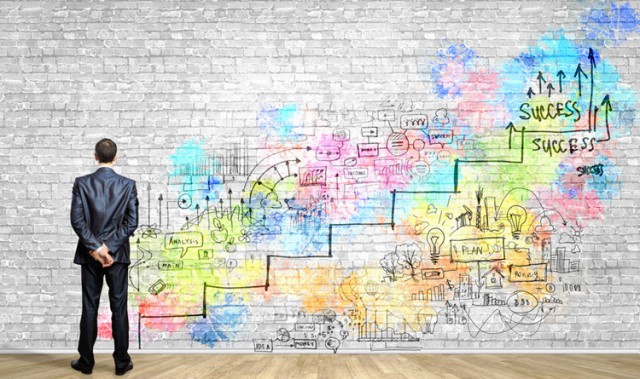 Tough-minded people have grit at their core. They are persistent and resilient in the face of failure, loss, success… 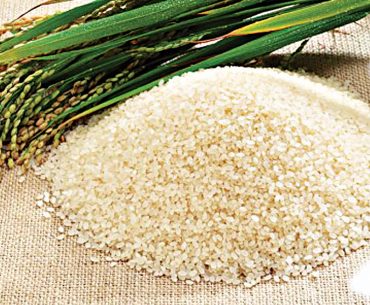 4 Strong Reasons Why You Should Consider Rice Farming

If not for one thing, I will boldly say that everybody eats rice. Rice is like a necessity in… 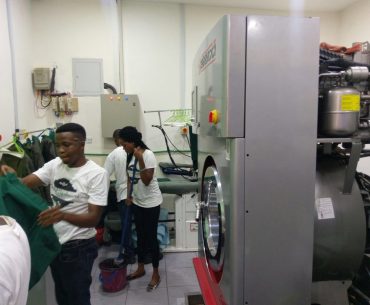 As year 2012 approaches many Nigerians will definitely review their business activities for 2011. For those who are not…