No TV series has generated much controversy and criticism like Game of Thrones or GoT as it is popularly called.

Heated debates and arguments ensued between friends, work colleagues and even bystanders after each episode have been aired on Sunday nights.

The series was so controversial, that a Congresswoman was irked and said she is done watching it after seeing the episode ‘unbowed, unbent, unbroken’.

Despite the controversies this series has generated, it has gone on to become one of the most watched, pirated and loved series.

Even when people showed their displeasure over the movie, it is still one of the series people watched although they hated it.

And it has gathered one of the most impressive awards any TV series can get.

Here, we are going to look at the most impressive and unknown facts about the series Game of Thrones.

Peter Vaugh, the actor that played the role of old blind Maester Aemon was actually blind in real life.

Though blind and old, he is one of the few characters fans warmed up to largely to his appeal and the fact that he was kind to fans favorite Jon Snow and Samwell Tally.

Maester Aemon is a Targaryen who stayed in The Wall as a Watchman.

Due to his nobility and his old age, other night watchers respected him and he Jon Snow looked up to him for advice.

If you are wondering who Jack Gleeson is, he is known as King Joffrey the boy king who was known for his brutality, villainy and despicability.

Although he did a remarkable job in acting that role, he is hated among viewers for that role.

People so much hated him that he felt it would better not to act any movie again.

He is yet to feature in any movie ever since. His character was killed off at the Purple Wedding.

Game of Thrones is a series which is known for its animal appeal. From Direwolves to Hawks and Hounds, the producers of the series ensured that actors made use of animals as pets.

The Stark family was known to be fond of direwolves, which became a sigil of the family.

Each member of the family also had a direwolf to itself. And Sophie Turner, who played Sansa Stark, one of the daughters of Ned Stark adopted her direwolf and named it Zunni.

Game of Thrones is known for its nudity and sex scenes and this drew plenty of criticism.

As the popularity of Game of Thrones spread, a number of musicians were cast in the series to either play in a band as lone musicians or actors.

We saw a cameo scene of Ed Sheeran, who was a Lannister soldier that came across Arya.

Gary Lightbody, one of the singers of the group Snow Patrol was seen singing the song ‘the Bear and the Maiden Fair’ in one of the episodes.

Will Champion, the lead drummer for Coldplay was seen performing during the sorrowful Red Wedding.

Mastadon, was given a role as a wildling and Wilko Johnson, the British Rock n Roll star appeared as the mute executioner, Illyne Payne. Others included Sigur Ren and Of Monsters and Men.

Daenerys Targaryen, who was loved by all fans was known as the mother of Dragons.

With her beautiful face and golden white hair with locks, she is a Khalessi as a result of her marriage to Khal Drogo and later became the love life of Jon Snow.

In 2013, a team of researchers in Brazil caught sight of a sea slug that had similar looks to the blonde lock hair Targaryen.

Hence, they named it Tritonia Khaleesi.

Cersei Lannister Walk of Shame from the Red Keep was shot for three days.

This is one of the longest movies scenes ever shot.

Furthermore, the scene, where she had to walk nude and shamed by the people was done by a cast double by the name Van Cleave.

All through the eight seasons of GoT, the series was shot in 9 countries which included Canada, the United Kingdom, the US, Iceland, Morocco, Spain, Ireland, Malta and Croatia.

Scenes from Kings Landing, the Greta Sept of Baelor, and the High Hall of the Eyrie, the House of Black and White were shot in the United Kingdom.

The Tower of Joy was shot in Spain, the Walk of Shame was shot in Croatia, while the Great Wall and the North was shot in ice cap Iceland.

The Valyrian and Dothraki language spoken in the series were created by David Peterson.

As a member of the Language Creator Society, he was consulted and contracted to develop the Dothraki and Valyrian languages for the series.

Added to this, the casts of the series were also mandated to learn from these languages.

The screenwriters, D.B Weiss and David Benioff had to have a lengthy discussion with R.R Martin, the author of the book that stretched late into the night before they could be allowed to produce the movies.

They had to win a quiz to get things in motion and the question was ‘Who was Jon Snow’s mother?’ which they both got correctly. 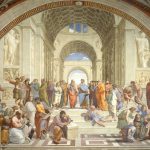 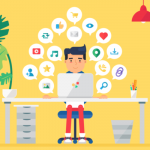 10 Essential Life Skills Every Adult Needs to Have