South Africa once again recently witnessed a violent protest/riot, this time tied to the imprisonment of the country’s former President Jacob Zuma. The arrest of the former leader triggered protests which spiralled into looting and violence leaving an estimated over 200 dead and thousands arrested.

Protests are not uncommon in this part of Africa, it dates back to 1907. These protests were for so many reasons but some went out of control. Here are some of the deadliest and most violent protests in South Africa.

The anti-pass protest of 21st March 1960 that lead to the massacre at Sharpeville started off as a peaceful one. But when a policeman was accidentally pushed over, hell broke loose. Protesters started throwing stones at the policemen which lead to a policeman opening fire at them mistakenly. This action to his colleagues simultaneously opening fire at the protesters for approximately two minutes, leaving 69 people dead and 180 people seriously wounded. This was one of the earliest, most violent protests in South Africa

Students protesting is common and the main demand they have for protesting has been more financial support from National Student Financial Aid Scheme (NSFAS). But the 2015 protest by the University of Cape Town’s students was a historic one. The protest which was named “Rhodes Must Fall” was initially directed against a statue at the University of Cape Town, honouring Cecil Rhodes, but it led to a wider movement to “decolonise” education across South Africa.

When the government started spending far more on White education than on Black education using the Bantu Education Act which was engineered to teach blacks from an early age that equality with whites is not for them. A lot of people were dissatisfied and it became aggravated when Afrikaans was introduced as a medium of instruction that the black students do not understand.

On June 16, the frustrated and dissatisfied students decided to go on a peaceful protest. The problem started when a white policeman throws a tear gas canister in front of the crowd. It escalated when shots were fired at the students by some white policemen. This unfortunate event deteriorated into a massacre that lasted for three days.

On 16 August 2012,  after an intense week-long protest in which the miners were demanding a wage increase at the Lonmin platinum mine in a wildcat strike; the South African Police Service (SAPS) opened fire on a crowd of striking mineworkers at Marikana, killing 34 mineworkers, and leaving 78 seriously injured.

From 1960 till 1994, there was an increase in the armed struggle combined with the mass politicisation of the oppressed peoples. The Apartheid government was intensifying its crackdown on political activists as a result of the car bomb explosion which happened in front of the South African Air Force Headquarters and the South African Defence Force (SADF) Military Intelligence Headquarters in Pretoria on 20 May 1983 killing 19 and injuring over 200 SADF and South African Police (SAP) personnel. This event leads to the execution of  Jerry Mosolodi, Terry Mogerani and Thabo Montaung on the 9th June 1983, for the part they played in an attack on Wonderboom police station.

All these protests had to happen for South Africa to move forward. But, it is sad that so many people had to lose their lives for others to live in the South Africa of their dreams. 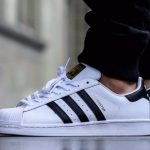 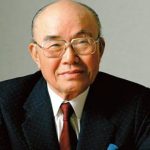